Donald Glover released his latest artistic endeavor last month on Amazon Prime, and this time it’s a short film by the name of “Guava Island”. Most art that Donald churns out is of high quality, and for the most part, “Guava Island” is no exception. Yet, there is a feeling of squandered opportunities here that make it feel less like a powerful short film and more like a long, self-glorifying music video. 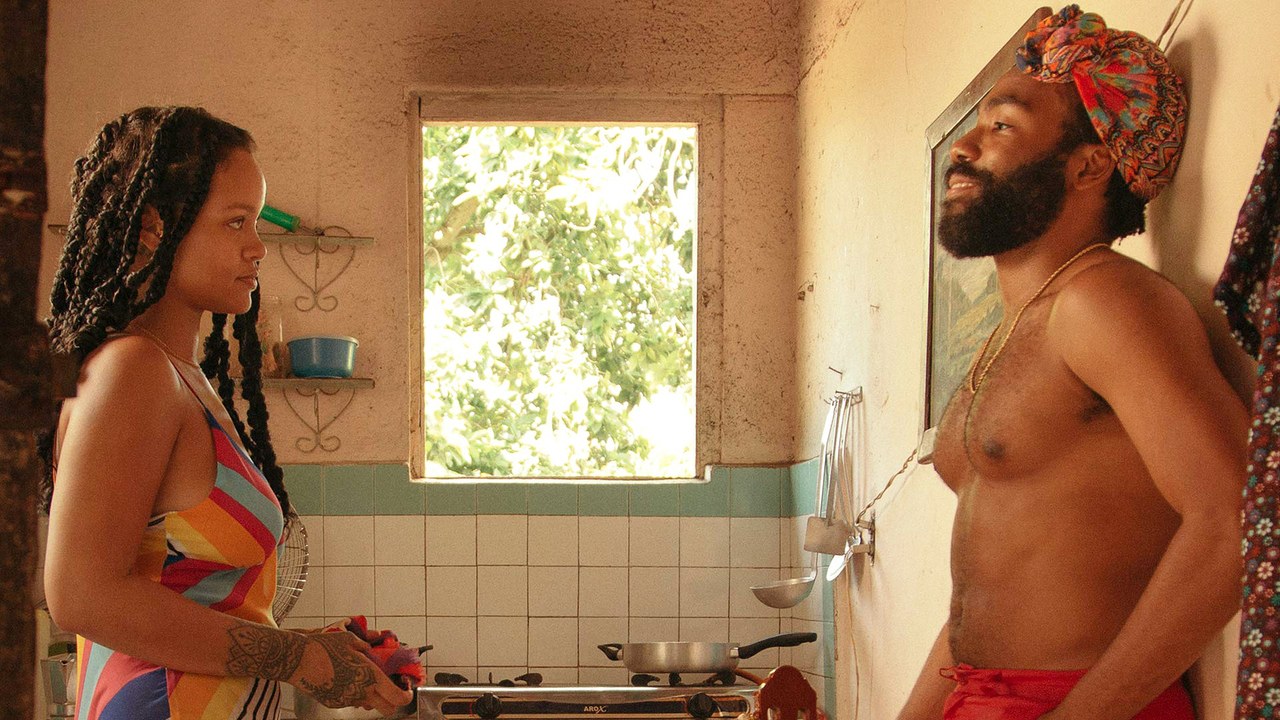 The film starts with a beautiful animation sequence narrated over by Rihanna, introducing us to the lore of Guava Island. It’s an excellent way to set the stage and it immediately draws our attention: Long ago, Guava Island was a beautiful paradise, untouched by human hands. Of course, humans have since come and raised factories to plunder the islands most precious resource of blue silk. Avatar vibes aside, this story is actually more focused on the humans on the island rather than their effect on nature. After the animated introduction, we jump into one weekend of the life of Deni Maroon (Donald Glover), a musician that loves and is loved by the habitants of the island. At his side is his girlfriend, Kofi (Rihanna), who works in the sewing shops for Red Cargo (Nonso Anozie), the “ruler” of the island. Red provides jobs for the people, but they are overworked around the clock; Deni seeks to throw a music festival to help its inhabitants feel free again, even if it’s just for one night.

Overall, the film is fine; the cinematography and sound editing work together nicely to provide that nostalgic, hot, summer time feeling. Donald Glover pops his eyes out of his head a bit more and breaks out more funky moves to recreate his latest music video hits with a Guava Island twist. But there is potential for so much more here. The 55 minute runtime doesn’t allow for the story to give more weight to Deni’s actions and their consequences. Rihanna has little to do on screen outside of dishing out looks, and she doesn’t even sing once.

That being said, there are some nice moments scattered throughout, like watching Deni interact with the children of the island, or the workers dancing when the overseers aren’t looking, perhaps to remind themselves of their own humanity. The caged birds that are always near Red poignantly symbolize the predicament of the island’s people: a beautiful culture and people that don’t have the chance to flourish and be free. Ironically, the film suffers the same fate.